The 8BitDo SN30 Pro+ was first revealed back in 2018 around E3 as a prototype, with features like rumbling haptic feedback, wireless Bluetooth support, built-in motion controls, better ergonomics than the company’s SN30 Pro, and USB-C charging. It was expected to arrive sometime in late 2018, but 8BitDo ended up delaying its release while the company did some fine-tuning, as it explained on Twitter earlier this year.

In addition to programmability, the feel and responsiveness of the SN30 Pro+’s analog buttons and joysticks can also be customized and tweaked so they’re more or less responsive, and those customizations can be saved and reloaded so the controller can be adjusted on a game by game basis. It’s not the first time we’ve seen a controller that boasts such robust customizability, the ALL Controller promised similar functionality a couple of years ago, but it has yet to be released to backers of its Kickstarter campaign. 8BitDo’s SN30 Pro+, on the other hand, is available for pre-order now for $50, and will ship on August 7. 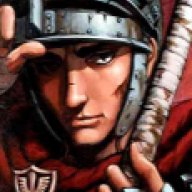