Notes sound good. I had deleted the game and moved onto ACC but I'll give it a try again.

Viktor said:
Notes sound good. I had deleted the game and moved onto ACC but I'll give it a try again.
Click to expand...

How are you finding ACC?

menace-uk- said:
How are you finding ACC?
Click to expand...

I've only been doing practice to get a hang of the handling, but it feels good now after changing the steering settings. Probably going to try some AI races soon before trying online.
Reactions: Kvally and menace-uk- 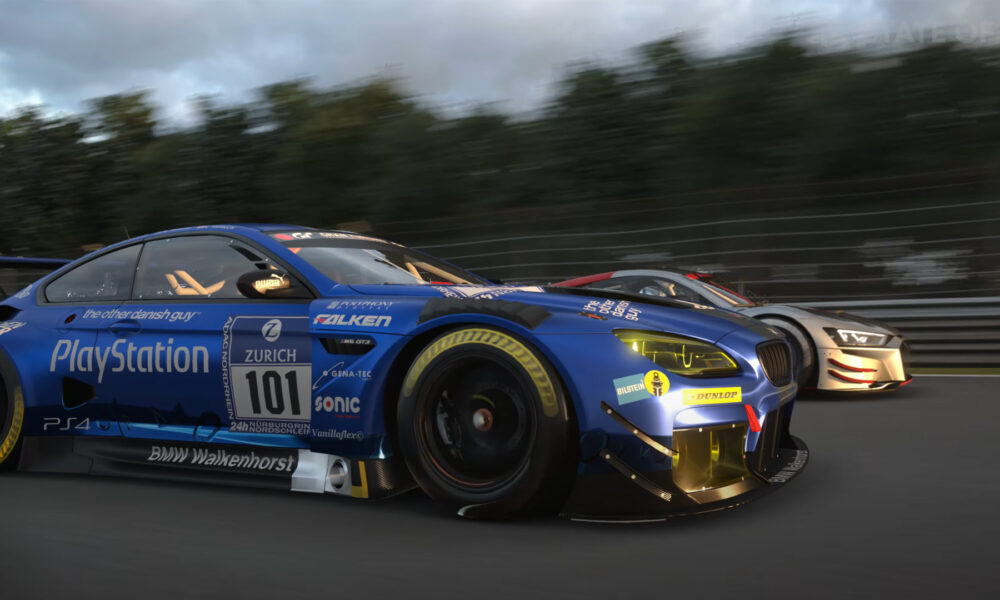 This is no victory lap.

Gonna catch up on podcasts a lot more.

Tate said:
Gonna catch up on podcasts a lot more.

Your track is missing

PM Maverick said:
Your track is missing
Click to expand...

Yeah I know. I didn't care it wasn't on the screen. It was Sarthe.

I always either play a racing game or, if I'm really in the mood, Madden via EA Play while listening to podcasts. Going to do the Sarthe race at least once a day.
Reactions: Kvally

Tate said:
Yeah I know. I didn't care it wasn't on the screen. It was Sarthe.

I always either play a racing game or, if I'm really in the mood, Madden via EA Play while listening to podcasts. Going to do the Sarthe race at least once a day.
Click to expand...

Thanks I will try that! What is your PSN?

PM Maverick said:
Thanks I will try that! What is your PSN?
Click to expand...

I should just bite the bullet and change it. It was also the same on Xbox but I changed it since it causes no issues with older titles unlike the PSN.

Tate said:
Gonna catch up on podcasts a lot more.

I finally saw the online race payouts, what a joke. You spend an hour in Single player and earn 1. 5 million credits. An hour online will net you 50K credits, and that is with a supposed increase.lol

WTF sort of nonsense is that.

menace-uk- said:
Really, your Gas is cheap as f***. You get a gallon for the price of a litre over here.
Click to expand...

I was going to say that, lol. Yall pay waaay more in gas than we do...
Reactions: menace-uk-

3 boring ass cars. Beat the cafe last night and when you do Sarah says something about modern cars. Yea if you consider all but like 3 cars in the game are older than 5 years old being modern.
Reactions: Kvally 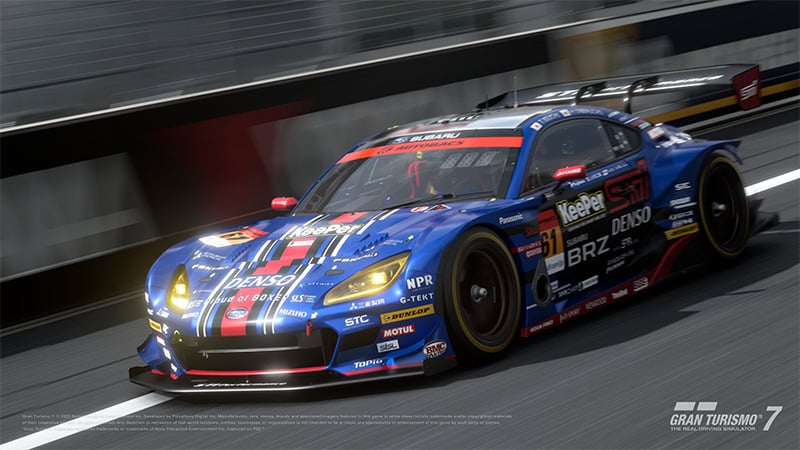 https://www.youtube.com/watch?v=fbL0VY_rbWE The first new, post-launch content for Gran Turismo 7 has arrived with today's v1.13 update, bringing three cars and a new track layout to the game. As we were already able to determine from the silhouette teaser posted on Sunday, the three cars add

The first new, post-launch content for Gran Turismo 7 has arrived with today’s v1.13 update, bringing three cars and a new track layout to the game.

As we were already able to determine from the silhouette teaser posted on Sunday, the three cars added are all Japanese: the second-generation Subaru BRZ; the championship-winning Subaru BRZ GT300; and the fan-favorite Kei car Suzuki Cappuccino.
We’ve been expecting the BRZ road car thanks to its appearance in the schedule for the 2022 Toyota Gazoo Racing GT Cup. Sibling to the GR86, the BRZ features some significant updates over the first-gen car, not least of which is a larger, 2.4-liter boxer engine.

The BRZ GT300 uses the body of this second-generation car as a basis, though as a GT300 racer — equivalent to GT3 in pace terms, with GT3 actually allowed to race in the class — it bears few other similarities.
Making its debut in the 2021 Super GT series, the car took a race win at Sugo for drivers Takuto Iguchi and Hideki Yamauchi, and captured Subaru’s first ever championship win.

Finally, the Suzuki Cappuccino returns from Gran Turismo 6, having been absent from Sport. This tiny sports car, built to the restrictive Kei car regulations, produces a mere 63hp from its 0.6-liter, turbocharged three-cylinder engine — but has plenty of admirers. 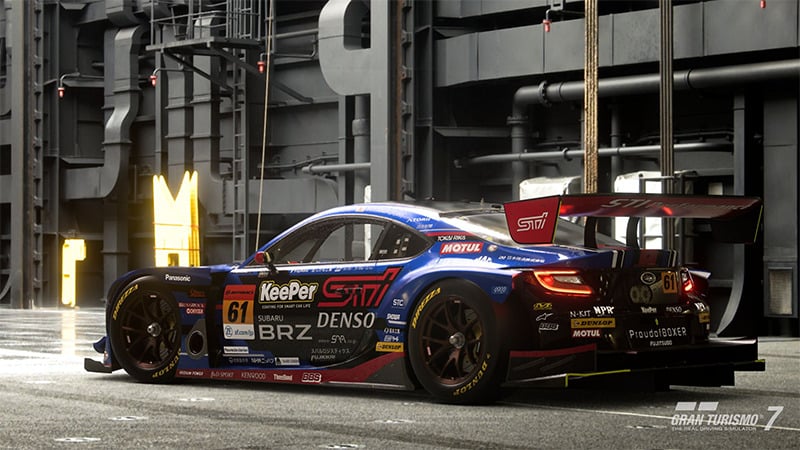 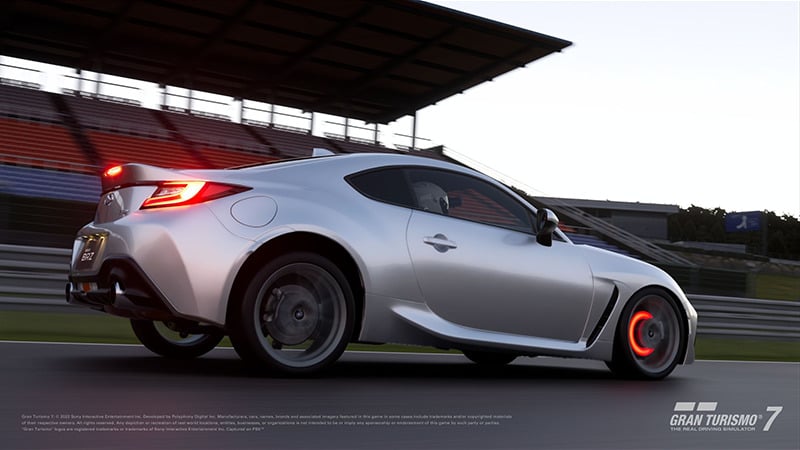 In addition to the three new cars, there’s an unexpected additional circuit layout in the Circuit de Spa-Francorchamps 24h course.
While GT7 already has the famous Spa circuit, it’s only been in F1 guise, with the pit lane entry at the Bus Stop chicane and the exit after the La Source hairpin.

This update adds the 24hr version, which extends the pit lane past a second set of garages — used to accommodate the huge entry list for the Spa 24h — and exits just past the crest of Raidillon, with the race start line between La Source and Eau Rouge. Otherwise the circuit is the same Spa we know and love.

The new track also plays host to three new events, with short European Sunday Cup 500 and Japanese Clubman Cup 550 joined by the longest and highest-paying race in the game so far. It’s part of the World Touring Car 800 series, but the race is a time-limited, hour-long endurance worth 1,000,000cr for the win.

With the Clean Race Bonus adding 50% to that, it’s set to be one of the quickest ways of earning credits in the game. 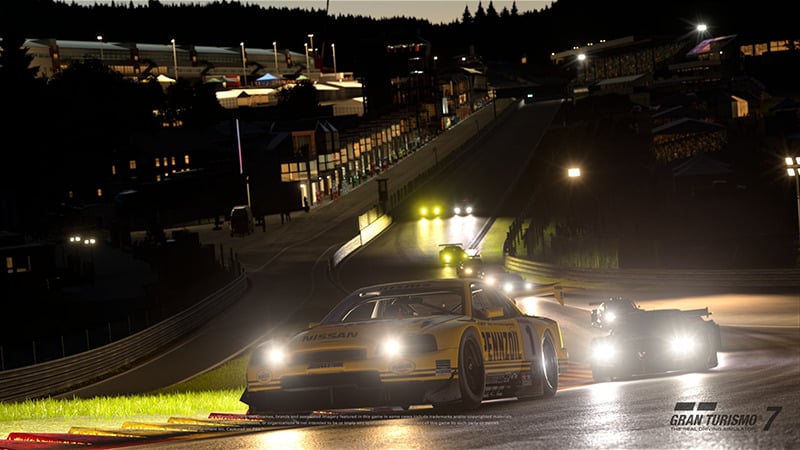 Further changes to the game include a return of the Sportsmanship video from GT Sport, which now plays the first time you enter Sport Mode following the update. This is narrated by “voice of GT”, and GT live event compere Tom Brooks, covering the unwritten rules of not doing anything that might make you look bad…

Also in Sport Mode, players can now choose to enter any race with either their own garage cars or to “rent” a vehicle for the event. That means you no longer need to own a car in order to take part, and you can even rent a different vehicle for events where you already own one of the eligible machines.

Used and Legends Cars dealers now have a “new” stock flag, which highlights vehicles that have arrived in stock that day. This complements the “Limited Stock” marker, telling you which cars only have 24 hours left in the dealer, and will start to appear from April 26 — when the Cappuccino will also become available in Use Cars.

There’s two changes under the hood too, one of which will come as more welcome news than the other. PD notes it has “adjusted the geometry calculations” which caused a lack of rear-end grip particularly on rear-wheel drive cars, and this should now be improved. In addition, an error with the Performance Points calculation has been addressed.

Of course various other changes have also been made, and you can read the full patch notes in our forums. The update comes in at 2.66GB on PS5 and 4.6GB on PS4, and is available now.
Reactions: karmakid

More Super GT cars and tracks would be nice. I wish The Race had YouTube streaming rights to that series again. Enjoyed it for one year before it switched to a paid provider.

Unless you've been under a rock since Wednesday night, you have heard about the 1.15 update. As part of that, PD will be adjusting the prices of various cars in the Legend Cars (Hagerty's) dealership beginning with each car's next appearance. In addition to the 9 cars that, prior to the...

The track should have been there day one. But I am all over this. The Glen is awesome.
Reactions: menace-uk-

PM Maverick said:
The track should have been there day one. But I am all over this. The Glen is awesome.
Click to expand... 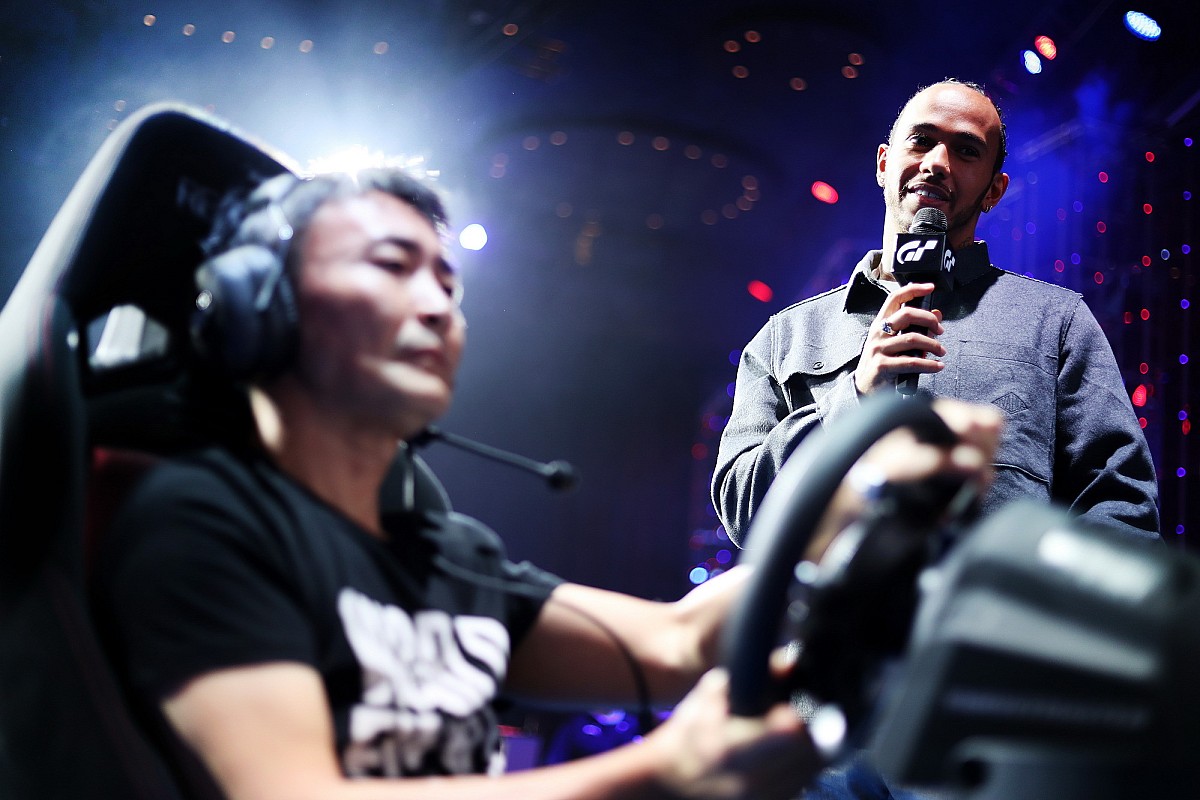 The FIA’s relationship with Gran Turismo is far from being over despite recent speculation about the future of their partnership, Motorsport.com can reveal.

On my last license test (Super License). That's gonna take some time as it's the entire track now for each one. And I see they did an update to the game that fixed a broken trophy (testing in the rain) because the Rain Royalty trophy unlocked as soon as I finished another license.

The 918 is a sweet ass car.
Reactions: karmakid 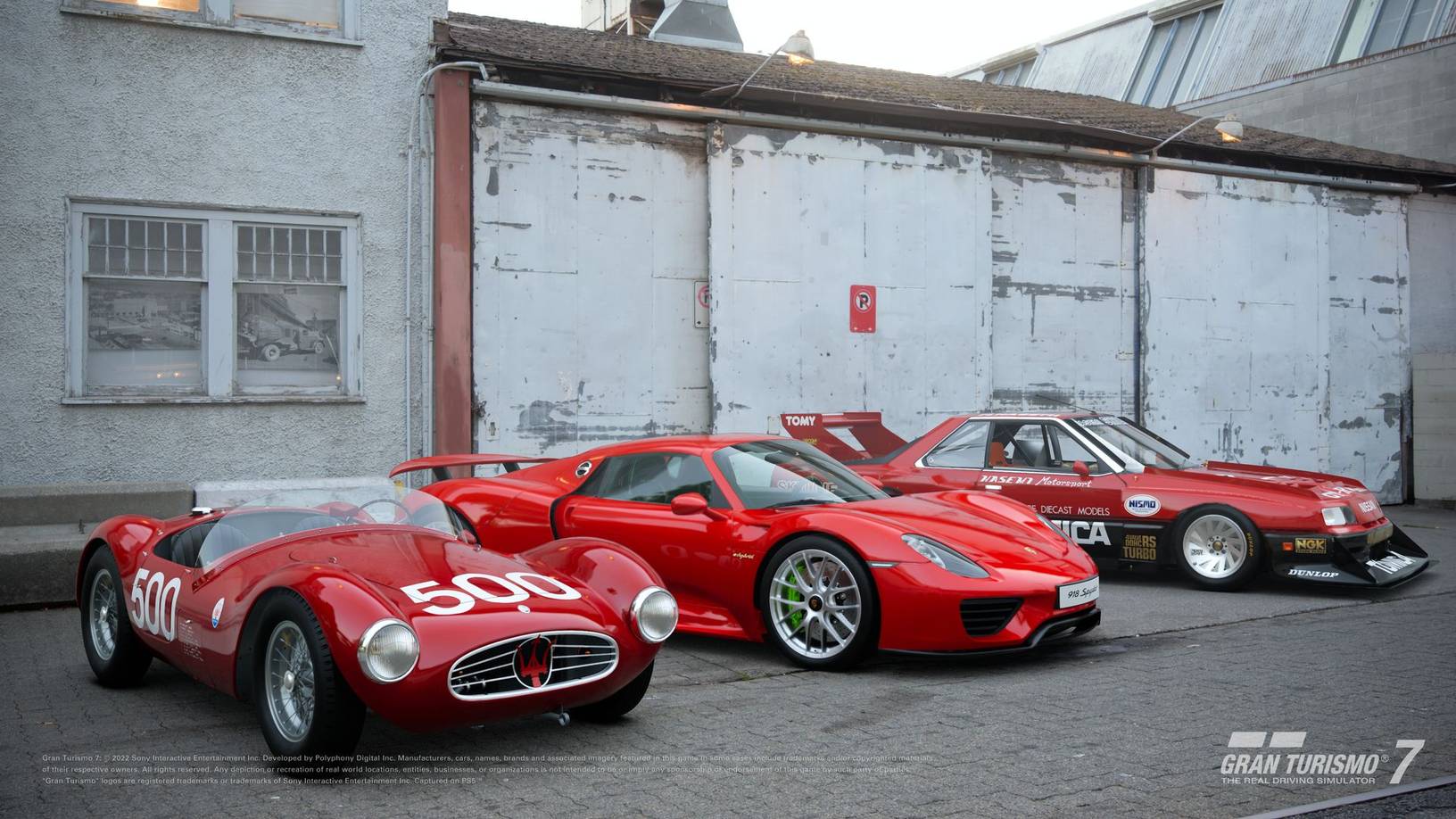 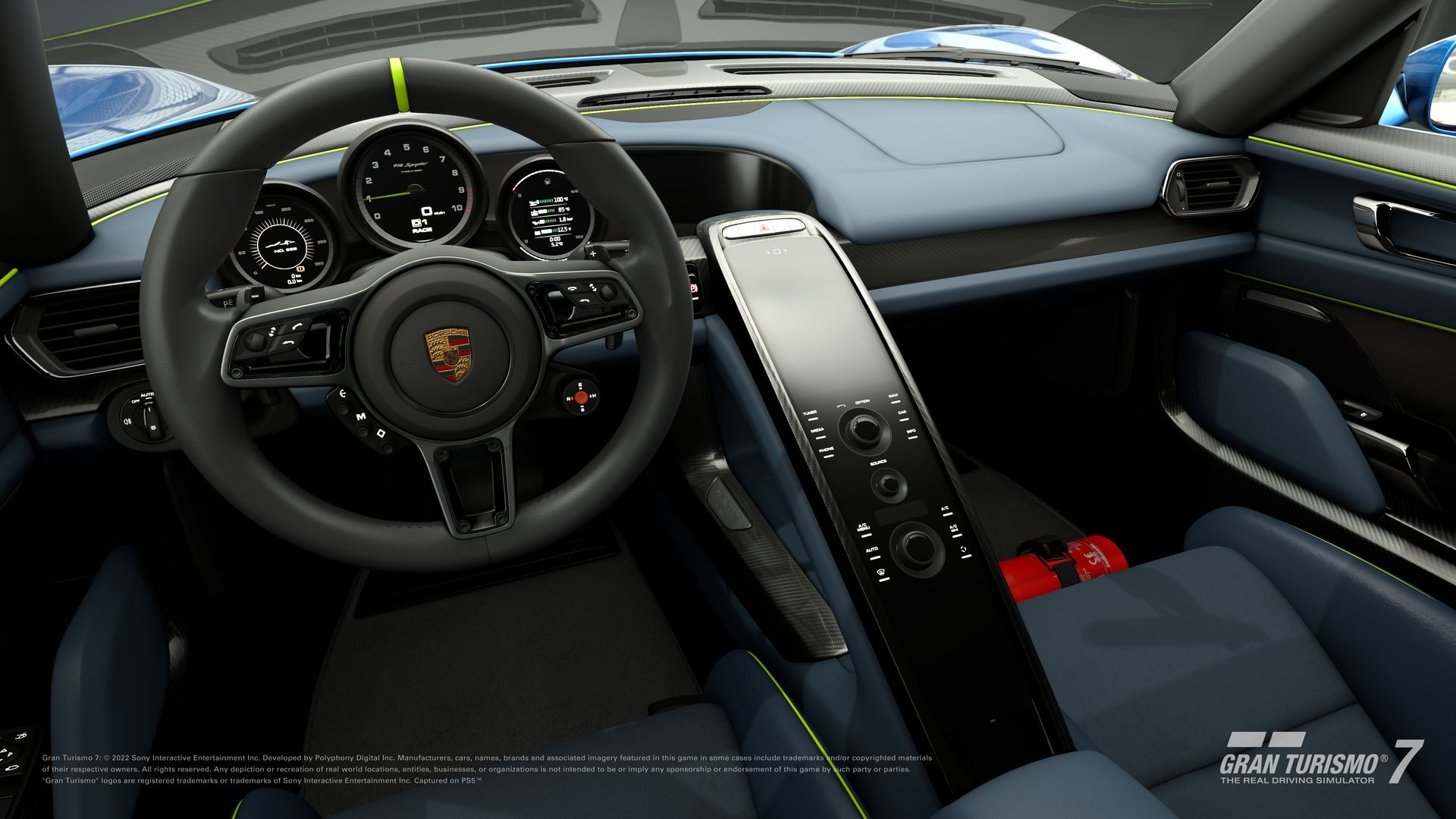