There’s more but to lazy to copy/paste/google-translate 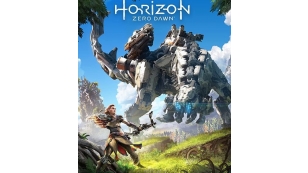 NCsoft is developing a new game utilizing the IP of Sony's flagship game franchise 'Horizon'. NC and Sony are promoting IP (intellectual property) collaboration to target the global game market, and the collaboration between the two companies is finally completed, drawing attention to whether NC will succeed in targeting the global market by removing its focus on 'Lineage' IP.

On the 8th, a source familiar with Sony and NC said, "NC and NC have tentatively agreed to promote a business partnership to create a new game using Sony's promising game IP. NCsoft's internal development team is making it," he said

The source said, "After starting game development, discussions are underway in the form of 'pre-development and post-negotiation' in which the two companies discuss collaboration and business partnership. There is a possibility that it will lead to a comprehensive partnership such as development," he added.

It has been confirmed that the 'H' seed development team under the Lineage IP Business Headquarters is developing a new 'Horizon' IP within NCsoft. H Seed is recruiting developers to participate in the project through job postings. As the partnership with Sony has not yet been confirmed as an 'official', job announcements are made in the form of 'Project H developer recruitment'.

A 'seed' is an organizational unit attached to the development team in the early stages of production at NC. When production is on a certain track, it is promoted to 'Camp', and support such as hiring of human resources is provided in earnest on the premise that the game is released.