Not sure if specifically Keto friendly, but probably some type of low-carb chip like Protes or whatever.

Well I haven't gone full keto, but even doing sub 100g of carbs a day is pretty easy really. From what I can find, carb intake should be 45-65 percent of your total calorie intake, then dividing by 4. So 225-325 for a 2,000 calorie diet. Should be pretty doable for most people really.

Anyways I'm down 5lb so far in about a month maybe, but that was strictly cutting calories, so we'll see what lower carb intake can do. 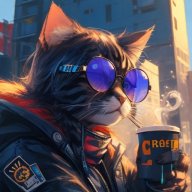 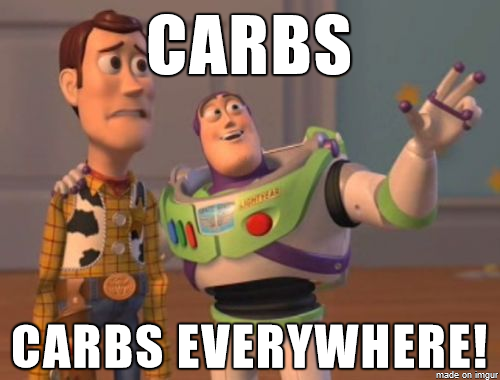 Viktor said:
Not sure if specifically Keto friendly, but probably some type of low-carb chip like Protes or whatever.
Click to expand...

I actually tried a pack of mini cups of guacamole and dipping with mini sweet peppers. Its weird because its so different, but not that bad I guess for a work snack.

I'm probably missing the taste of salt, but its not to bland.
Reactions: JinCA 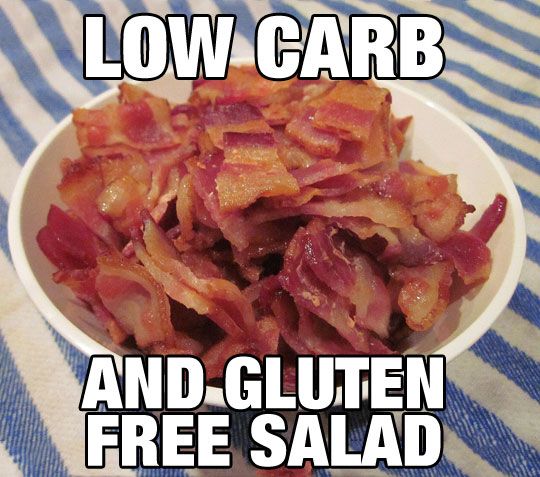 Maybe good for me. I had another blah work day, but skipped buying beer and got a bottle Red Blend wine. Otherwise, I happen to be a fan of Zinfandel wines.

First of all: consuming too much alcohol will slow down your weight loss, and may undermine your health gains on a low-carb diet. Alcohol is burned before anything else by the body, slowing down fat loss.


Wine
If you are eating a moderate low carb diet, of about 20 to 50 carbs a day, dry wines can be enjoyed on a regular basis with little weight-loss impact from the carbs. If you are on a very strict low-carb or keto diet, consuming under 20 grams of carbs a day, a glass of wine on occasion is also fine. If, however, you find you are not losing weight, cut back on alcohol.

A glass of dry wine contains about 0.5 grams of sugar as well as small amounts of glycerol and other carbohydrate remains of the wine-making process, which usually amount to less than 2 grams of total carbs. It is unlikely that a glass of dry wine will impact blood sugar or insulin levels.

Sweeter wines, like Rieslings and Gewurztraminers, have about 4 carbs in a typical glass. Even sweeter dessert wines, like Muscato, Tokaj, Ice Wines, or fortified wines like Port, Sherry and Madeira, are all sweeter and contain more fructose, with carb counts per glass of around 5 grams or more.

Beer
Alas, most beer is a no-go when you’re eating low carb. Its hops and fermented grains are like drinking liquid bread — and the big beer bellies it can produce proof-positive that it contributes to abdominal obesity. Not a good choice for weight loss or diabetes reversal.

However, carb counts can vary depending on the brand of beer, and there are a few lower carb options. Find out in our low-carb beer guide below.

Don't drink a lot of alcohol but when I do it's just beer. Haven't had a beer in several months, maybe even going back to end of last year? Anyways, for some reason now that I'm on, lets say mid carb diet (100 or so max) I felt like having one. I ended up going with Michelob Ultra since I know it was really light on carbs. I'd rather have an IPA but this was good enough to scratch the itch. 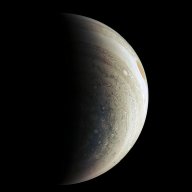 I've been hovering between 30-40 carbs a day for the past week. Not as hard as I thought it would be.

I eat a Greek yogurt cup (9 carbs) and a protein bar (11 carbs) for lunch because I hardly get any carbs from breakfast or dinner.
Reactions: JinCA

Many days I barely have time for a lunch break at work. Trying these things for convenience.

This year, more than 610,000 Americans will die from heart disease. It’s the leading cause of death for both men and women.

For decades, doctors and nutritionists prescribed low-fat diets to people trying to lower their risk of heart disease. Saturated fats in meats and dairy products were thought to clog our arteries. Grains — especially “whole” ones — were thought to help everything from high cholesterol to digestion.

A growing body of research suggests this advice was wrong. For most people, it’s carbohydrates, not fats, that are the true cause of heart disease.


Consider a report published last year in The Lancet that studied nutrition among more than 135,000 people across 18 different countries — making it the largest-ever observational study of its kind. The researchers found that people who ate the least saturated fat — about the same amount currently recommended for heart patients — had the highest rates of heart disease and mortality. Meanwhile, people who consumed the most saturated fat had the lowest rate of strokes.

Limiting intake of carbohydrates, rather than fats, is a surer way to decrease the risk of heart disease. An analysis of more than a dozen studies published in the British Journal of Nutrition found that patients on low-carb diets had healthier body weights and cardiovascular systems than those on conventional low-fat diets. I’m a cardiologist in Virginia and my own patients have seen the benefits of a low-carb, high-fat diet firsthand.
Click to expand...

Decided to drink nothing but water just for the hell of it. Just over two weeks now, so far.

As part of my interest in moving South, I might wind up doing long haul trucking again and wondering WTF I'm going to do for diet. I don't know if I can stick to something strict like Keto, but maybe just stick to meat, eggs, greens, and some veggies, but maybe avoid really starchy foods like potatoes or bananas and don't eat bread.

It's very challenging to not let truck driving wreck your health and gain weight easily. I think more companies are starting to include amenities like a built in refrigerator. Last time I did this, sometimes if I was tired I would just get a McBurger and throw away the bun have just the meat, lettuce, and tomato.

I wish all truck stops had Jimmy Johns instead of f***ing Subway and I could just get their breadless Unwich lettuce wraps.
Last edited: Jul 14, 2018

tate566 said:
Decided to drink nothing but water just for the hell of it. Just over two weeks now, so far.
Click to expand... 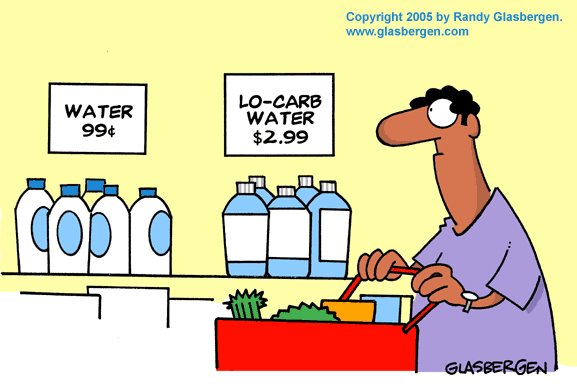 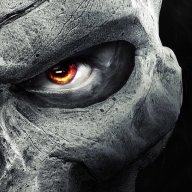 Protein is more important to building muscle. Carbs are fuel for the muscle. I work with two gym freaks who consume tons of protein and very little to no carbs. These guys are ripped. I follow Keto for weight loss and also myself having more muscle tone while consuming less than 50g of carbs per day. Eggs are your best friend on this diet. Best food source of protein and keeps you from getting hungry.
Reactions: Videodrome

tate566 said:
I've been hovering between 30-40 carbs a day for the past week. Not as hard as I thought it would be.

I eat a Greek yogurt cup (9 carbs) and a protein bar (11 carbs) for lunch because I hardly get any carbs from breakfast or dinner.
Click to expand...

There's growing evidence that eating fat won't make you fat, but sugar will

For a large recent review of studies published in the journal The Lancet, scientists compared more than 135,000 people in 18 countries on either low-fat or low-carb diets. People on the low-fat diets were more likely to die from any cause; they were also at a greater risk of death from heart attacks and heart disease. By contrast, people on the low-carb plans had significantly lower risk of both of these outcomes.

The finding was so strong, the authors of the paper concluded, that "global dietary guidelines should be reconsidered," they wrote.
Click to expand...

I'm also type 2, have been for close to 20 years. The middle of last year, I had a nasty toe injury (initially stepped on something I guess, it didn't heal up and my doctor sent me to a podiatrist). The podiatry office pretty much scared me straight - I had been pretty good about taking the insulin (since the pills stopped working for me) but my diet was still pretty starchy and pretty much crap, so I still had wild swings in my sugar. I cut the carbs down quite a bit after that, but on an off and on basis.

Later in the year, a woman at work was talking about the keto diet herself - and after hearing about it, it sounded good, but I wasn't ready to try it. I was actually kind of almost on it at times anyhow but finally I decided in January to go ahead and really do it.

I've been on it now for almost 5 months, with the exception of this past Saturday. Saturday, despite being sick, was a celebration day since I stepped on the scale and saw a number starting with a 1 for the first time since... well, the year started with a 1 then. So I went back to Mellow Mushroom, had a calzone and some pretzel bites, had some halo top, and now it's back to the Keto thing.

I also rarely have to take insulin now - I went from 50 ml twice a day to, usually, 20ml if I test and I'm over about 110. I've never really even approached really high numbers on keto, though I still get into the low 100s in mornings from time to time. I also eat a hell of a lot less; weekdays I'll have a breakfast bowl with eggs and cheese and maybe sausage, then celery, cheese and almonds for lunch and usually chicken thighs for dinner. It's freaking awesome.

I'm curious to see how my A1C will be when I go back later this month for a routine visit, but I'm sure it'll be much improved. I also want to see how the cholestrol and other stuff are, since I've stopped taking those pills as well.
Click to expand...

Have you had your A1C done yet? if so I hope you were happy with the result.

JinCA said:
Have you had your A1C done yet? if so I hope you were happy with the result.
Click to expand...

Haven't yet. I need to get in to see my doctor again soon, but I think I have an ear infection coming on that might make that happen on its own time.

hrudey said:
Haven't yet. I need to get in to see my doctor again soon, but I think I have an ear infection coming on that might make that happen on its own time.
Click to expand...

Well I hope when you do get it done that it's a good result! also I hope that ear infection clears up for ya soon.
You must log in or register to reply here.
Share:
Twitter Reddit Pinterest Tumblr WhatsApp Email Link
Top Bottom