In the mid ‘90s, SEGA Rally Championship was one of the most iconic racing games around. It was an integral part of the booming arcade scene; a demonstration of just what could be done with the rapidly changing 3D-focused hardware. It was fast, smooth and handled like a dream.

Fast forward to 2007 and SEGA Rally’s star was waning somewhat. The 1999 Dreamcast port of SEGA Rally 2 was but a distant memory, and – for whatever reason – SEGA Rally 2006 on PS2 was only released in South Korea and Japan. What the series needed was an incredible reboot. A game that would be both a technical showcase and a thrilling, super smooth return to form for SEGA Rally.

That game, my friends, was SEGA Rally Revo (or just SEGA Rally, depending on where you live), and not only did it seemingly sink without a trace, it was also at least partially responsible for killing the studio that was set up to create it.

Commodore 64 fans were teased with the possibility of a Commodore smartphone in February when concept renders surfaced online, now they can get the real deal with the Commodore PET when it launches this week.

The Commodore branded Android smartphone runs a custom version of Android 5.0 Lollipop and lets you play both old Commodore 64 and Amiga games with its preinstalled VICE C64 and Uae4All2-SDL Amiga emulators. According to Wired, unspecified developers are working on bringing some of the games to the PET before its ships. 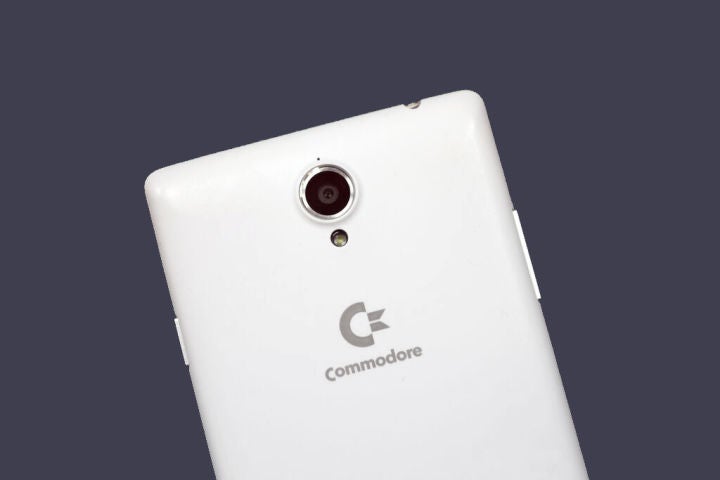 When The Last of Us came out back in 2013, everyone loved it. Naughty Dog’s own opinion of the game wasn’t as high during its development though. Naughty Dog was the guest of the latest episode of Conversations With Creators, and talked about the internal struggle they’ve had with The Last of Us during its development, and how everyone was pleasantly surprised by the game’s reception.

“We thought it was going to tank,” said gameplay director Bruce Straley about the studio’s feeling during development.

The game’s writer, Neil Druckmann, agreed. “The joke we would say throughout production was that ‘This game is the downfall of Naughty Dog,'” he added.

Part of that perception is owed to the studio’s struggle with game mechanics. Parts of it weren’t “gelling”, according lead designer Anthony Newman. “It wasn’t coming together. So it was really a a set of really lucky breaks in terms of gameplay decisions we made that really made everything fall into place and turned it into a fun game.”

You can watch the full video interview below.

I'm still playing through. I have myself a break from it. But I really love how the girl helps the old man gather ammo. The gameplay was not bad.

The majority of game fans in the UK still prefer to buy boxed software over digital downloads, a new study has claimed.

Of about 2,000 people surveyed, only a quarter said they preferred to download their games.

The report corresponds with a GameSpot poll which found that more than half of respondents said they preferred physical games, while only 25 percent said they choose digital downloads over a boxed game.

The survey also asked about 1000 gamers how often they experienced lag when playing online, with 59 percent claiming to notice it occasionally or frequently.

However, the survey did not distinguish between problems due to ISPs, or due to platform holders' networks, or for other reasons.

For more information, check out the survey in its entirety here. 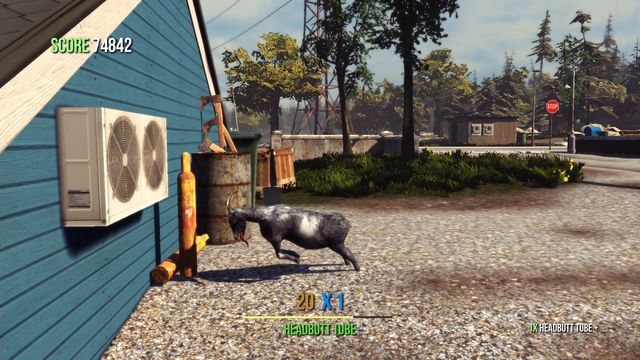 The console debut of Goat Simulator came in April, when a port of the Windows PC original launched on Xbox 360 and Xbox One. Double Eleven also handled the Xbox versions, and "worked closely with Coffee Stain to ensure that we made a faithful reproduction," a representative for the studio told Polygon in March.

Just like the Xbox versions of Goat Simulator, the PlayStation ports will support local splitscreen co-op: two players on PS3 and four players on PS4. The game's PlayStation versions will feature the exclusive debut of a mode that Double Eleven is...

The game is sort of generic of a surface level and some of the storytelling you could see a mile before it ever happened. However, I still enjoyed it thoroughly.

Too small of a sampling. We already know that some developers are finding their games are being downloaded as much as and more than their retail copy. They need to do a much larger sampling, like say a million.
Reactions: karmakid

Until the prices for DL software become substantially lower (enough to make up for the fact that there is no resale value), it'll stay that way.

The first time I played the game, I quit, bored and annoyed with it. I went back to it six months later with a different attitude, and it turned out to be one of my favorite games of the last few years. I sure didn't like it at first, though. Felt boring, plodding, too stealthy, too zombified. I kept wondering what everyone saw in it.

Andy said:
The first time I played the game, I quit, bored and annoyed with it. I went back to it six months later with a different attitude, and it turned out to be one of my favorite games of the last few years. I sure didn't like it at first, though. Felt boring, plodding, too stealthy, too zombified. I kept wondering what everyone saw in it.
Click to expand...

That has actually happened to me with a few games....not many, but a few. I had started Heavy Rain, gave up after about an hour. Went back like a month later with a new attitude, and it ended up being one of my favorite games.
Reactions: Andy

My question about digital is... if I download a game and want to delete it to add more hard drive space, is it gone forever or can I re download free of charge?

WithGravy said:
My question about digital is... if I download a game and want to delete it to add more hard drive space, is it gone forever or can I re download free of charge?
Click to expand...

You can redownload free of charge, so long as you retain your same account AND the company hosting the game file stays in business.

Andy said:
Until the prices for DL software become substantially lower (enough to make up for the fact that there is no resale value), it'll stay that way.
Click to expand...

I guess it is way cheaper to put it on a physical format in a case and ship it around the world millions of times?

They missed a trick by not making the back of the phone look like this... 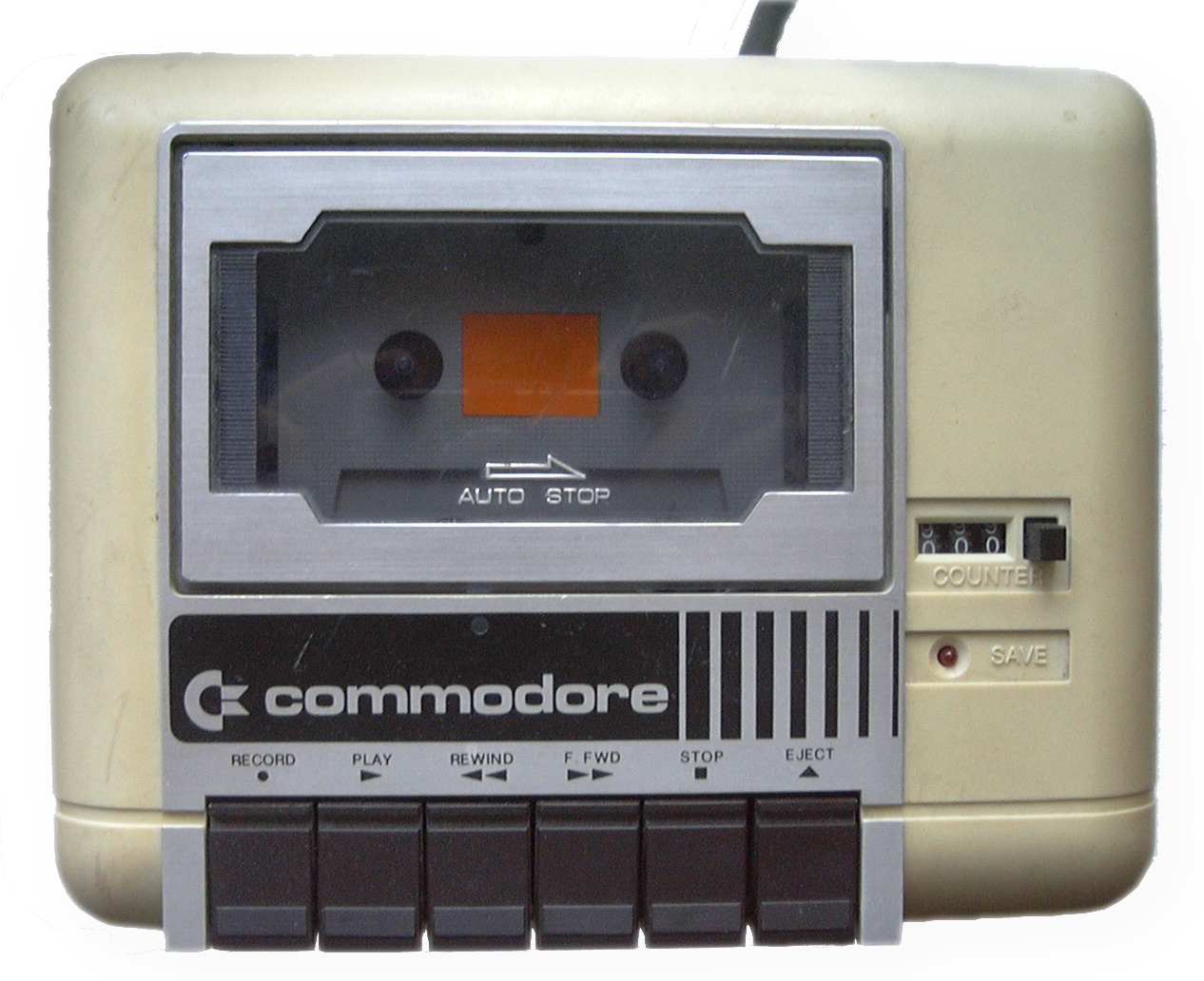 Well, internet is way different over there, is it not? I believe there's a download cap to everyone's internet and downloading games could hurt UK's ability to maintain their cap.

So do I and if this industry wants to stay alive they won't go all digital at this time.

I like physical copies for consoles. We have a PS4 at work, so I can take my games in and play sometimes. Can borrow friends games plus the HD space on consoles is too limited. On PC I like digital only. I have my SSD and raptor drives and can always reDL games when I build a new PC. If I didn't have PC, I'd probably be more into digital DLs on consoles though.

It's probably because they keep the digital prices artificially higher,... because something.

Loved every minute of it. I put it right up there with Half-Life 2.
R

I was probably 80% disc based last Gen, excluding Games with Gold, and digital sales.

This Gen (again, excluding sales and gwg) 100% physical media. Its soooooo much cheaper in Australia to buy physical media for some effed up reason.

Second hand is even cheaper. 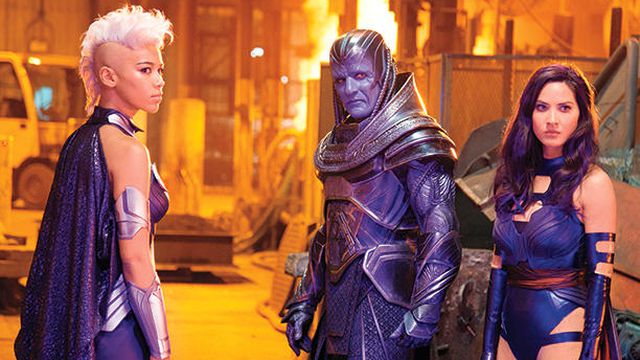 Out first look at how some of the crazier costumes in the X-Men universe have been translated to screen is here, courtesy of Entertainment Weekly.

Olivia Munn looks surprisingly decent in Psylocke's improbable get up, and there's virtually no way to ruin a Storm design that includes her mohawk. But ...

Alright, let's just put it out here up front. Apocalypse was never a design that was going to translate well to screen. Look at this guy:

But lots of costumes can look awkward in still photos and seamless after post-production. Maybe by the time X-Men: Apocalypse hits theaters, Oscar Isaac (yeah, the guy who's playing Poe Dameron in The Force Awakens) will look less like Ivan...

I have faith in Singer. Not totally sold on Apocalypse from set pics but I bet he looks much better on the finished film.

Echoing what others have said already, it's about price.

Once MS and Sony can or wants to get to a point where they can/will have Steam-like prices I believe this type of study won't even be worth doing, It'll be clear that digital is the preferred method. Especially so as more people get access to better/faster internet.

Are smart phones not already doing this?

Never did like Psylocke's costume, even in the crazy 90s. Love Olivia Munn though ... great choice for that character.

They should have casted Prince

Hoptimus said:
I have faith in Singer. Not totally sold on Apocalypse from set pics but I bet he looks much better on the finished film.
Click to expand...

I'm banking on him looking better in the final cut too. They coulda went full comic version of him too, prolly woulda come out ace too.

was this study funded by gamespot?

jimmyD said:
was this study funded by gamespot?
Click to expand...

If you look at the results, btw, it's actually not the "majority" that the first line describes. 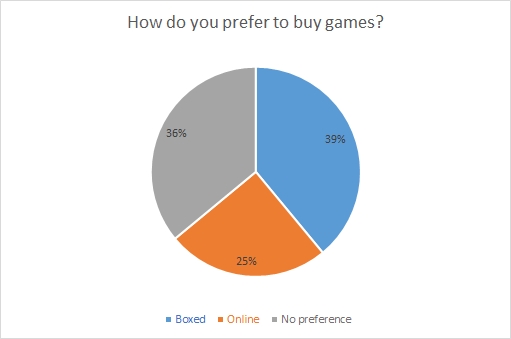 So the boxed percentage is only 11% (edit: 14%) higher, and the second largest category is "no preference." I'd probably put myself in that category, too. I don't have any real preference. It's nice to have a physical copy, but I'll take digital if it's better/cheaper. In the end, it doesn't really matter to me.
Last edited: Jul 18, 2015
You must log in or register to reply here.
Share:
Twitter Reddit Pinterest Tumblr WhatsApp Email Share Link
Top Bottom