Great potential here....hope it turns out well! Especially now that I’ve given up on Walking Dead.
Reactions: karmakid

I know pretty much nothing about the story in the game so I would definitely give the show a go. I’ve heard the opening to game was crazy I just stayed away from spoilers for some reason.

but seriously I thought that’s why the game was delayed, for those subjects

Emmy Award-Winning director Johan Renck looks back on 'Chernobyl' and gives an update on HBO's adaptation of 'The Last of Us'.


Craig’s next series will be The Last of Us for HBO. Would you want to direct that series and collaborate with him again?

JR: I’m an executive producer on it and attached to it. It’s an ongoing TV series. So that’s not something that I will be able to take on to that extent, but I’m part of that series and I will be directing at least the pilot. Then we’ll see how it goes on further. I mean, both Craig and I, we are working with each other again and we will work with each other on other things because we like each other.

What do you make of the similarities and differences between adapting historical and pre-existing characters?

JR: That’s a very pertinent question on a lot of levels. You have for instance The Last of Us with Craig, in which you have a video game character who’s very much top of mind with anybody who’s ever played that game. More than that, they know exactly what he looks like, how he talks, how he acts, and so on and so forth. Another project that I’m in development with is based on the book The Magus by John Fowles and this is another sort of limited series. There you have a fictional character that everybody who has read the book will have their own impressionist idea on how he moves, behaves, looks, and all of that. On the other hand, he’s only ever been represented on pages in a book – meaning that there is no right or wrong. Except for an idea of who he is because it becomes more impressionist again.

So with the The Last of Us, this is something that we’re discussing. We’re having weekly calls, Craig and I and also Neil [Druckmann] who created the game, about various approaches and how to deal with that. How to deal with the fact that a video game character is way further than a character from a book. But also it’s more different to deal with than a real person. For instance, Valery Legasov from Chernobyl because nobody had ever seen or heard of him, it wasn’t pivotal to honor anything of that. I’m being brief because of course we wanted to portray him as true to reality as we could. On the other hand, there were no preconceived ideas of it. With something like The Last of Us, it’s going to be a very different story. This is something that we spent a lot of time talking about here and in the early development stages of this process. There are a lot of things to take into consideration and a lot of decisions and choices to be made in various ways without saying anything more about it. 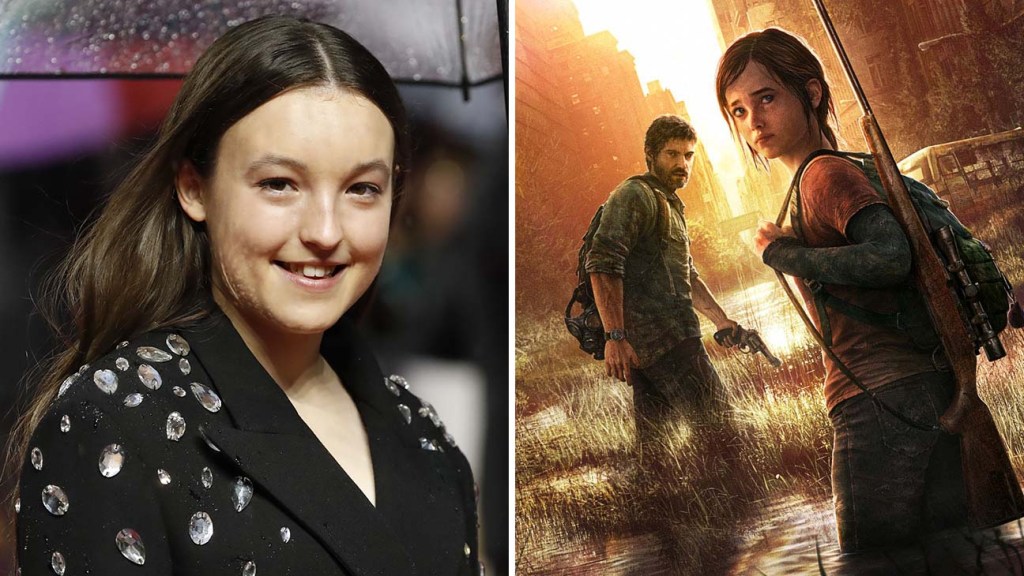 ‘Last of Us’: ‘Game of Thrones’ Breakout Bella Ramsey to Star as Ellie (Exclusive)

Bella Ramsey, perhaps best known for her breakout role in HBO’s Game of Thrones, is reuniting with the cabler to star in The Last of Us, the company’s adaptation of the hit video game.&…

One person not involved with the show is former True Detective star Mahershala Ali, whom geek websites on Wednesday had pegged as having an offer. Ali did circle the role, say sources, but a deal ever came to fruition.

Boy, as big of a fan as I am of Pascal, I’m not keen on either of these casting choices.

Hopefully they know what they’re doing.

Pedro is kinda perfect, he’s got the scruffy voice and can pull off an American accent on point, and he’s got something to base his maternal instincts now...in a way they’re kinda telling a similar story


has experience in having his head smashed in
Reactions: Dno69, TeKPhaN and D-V-ANT

The Wolf King said:
He also


has experience in having his head smashed in
Click to expand...

Never, ever monologue when you reach the point of victory.
Reactions: karmakid, The Wolf King and Spiritech

So it's confirmed now that Pedro Pascal and Bella Ramsey will play the role of Joel and Ellie respectively. It will be HBO. I'm excited to see how the pilot episode will be. Not sure how these castings will be though in relation to the game characters. 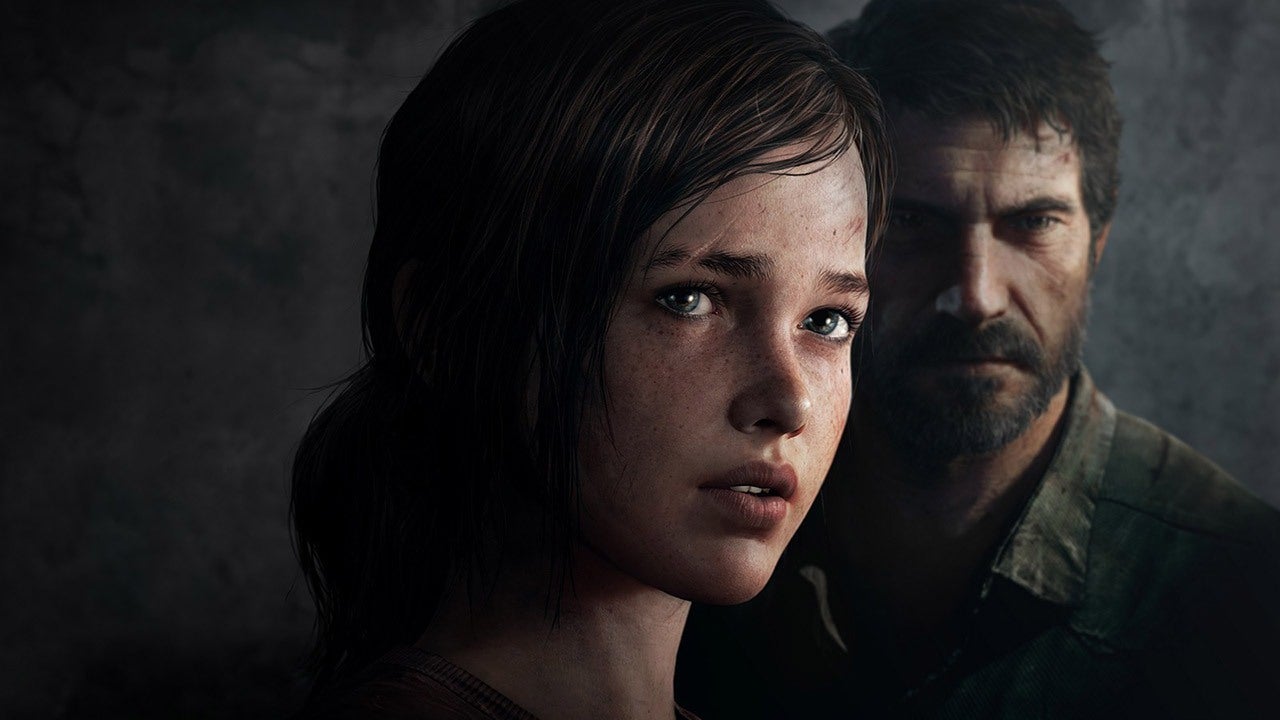 The Last of Us HBO Show: Season 1 Adapts the First Game, But Will 'Deviate Greatly' in Some Episodes - IGN

Neil Druckmann spoke to IGN about how The Last of Us' first season will cover the first game, but won't be a simple beat-for-beat retelling because the story is in a new medium.


We talked at length [that season 1 of the show is going to be [the first game]. As far as the superficial things, like should [a character] wear the same plaid shirt or the same red shirt? They might or might not appear in it, that’s way less important to us than getting the core of who these people are and the core of their journey.

Things sometimes stay pretty close. It’s funny to see my dialogue there from the games in HBO scripts. And sometimes they deviate greatly to much better effect because we are dealing with a different medium.
Reactions: Plainview 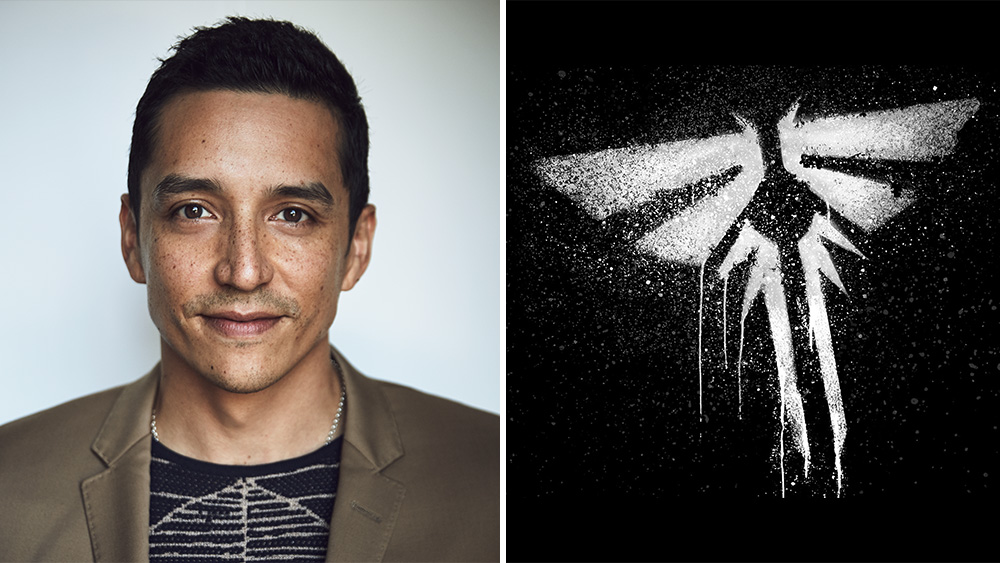 ‘The Last Of Us’: Gabriel Luna To Play Tommy In HBO Series Based On Video Game

Agents Of S.H.I.E.L.D. alum Gabriel Luna has been tapped as a lead opposite Pedro Pascal and Bella Ramsey in The Last of Us, HBO’s high-profile series adaptation of the Sony Playstation franchise f… 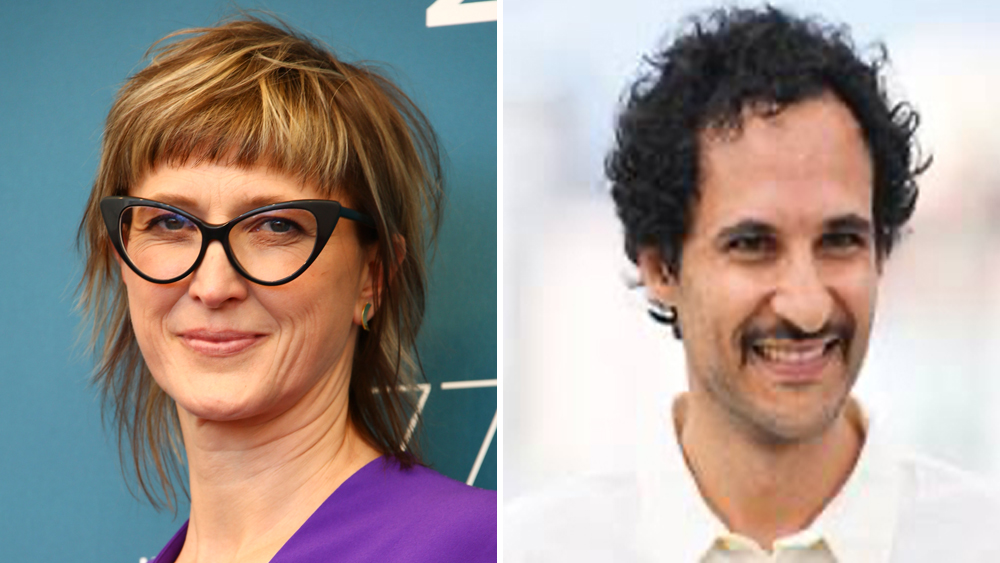 ‘The Last Of Us’: Jasmila Žbanić & Ali Abbasi To Direct HBO Series Based On Video Game

Oscar nominee Jasmila Žbanić (Quo vadis, Aida) and Ali Abbasi (Border) have been added as directors on The Last of Us, HBO’s high-profile series adaptation of the Sony Playstation franchise from Ch… 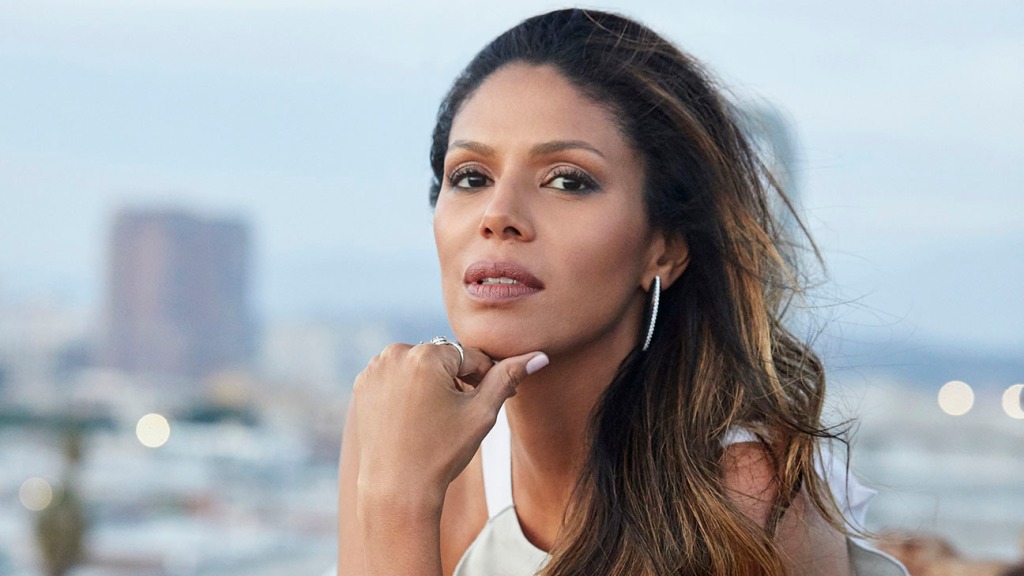 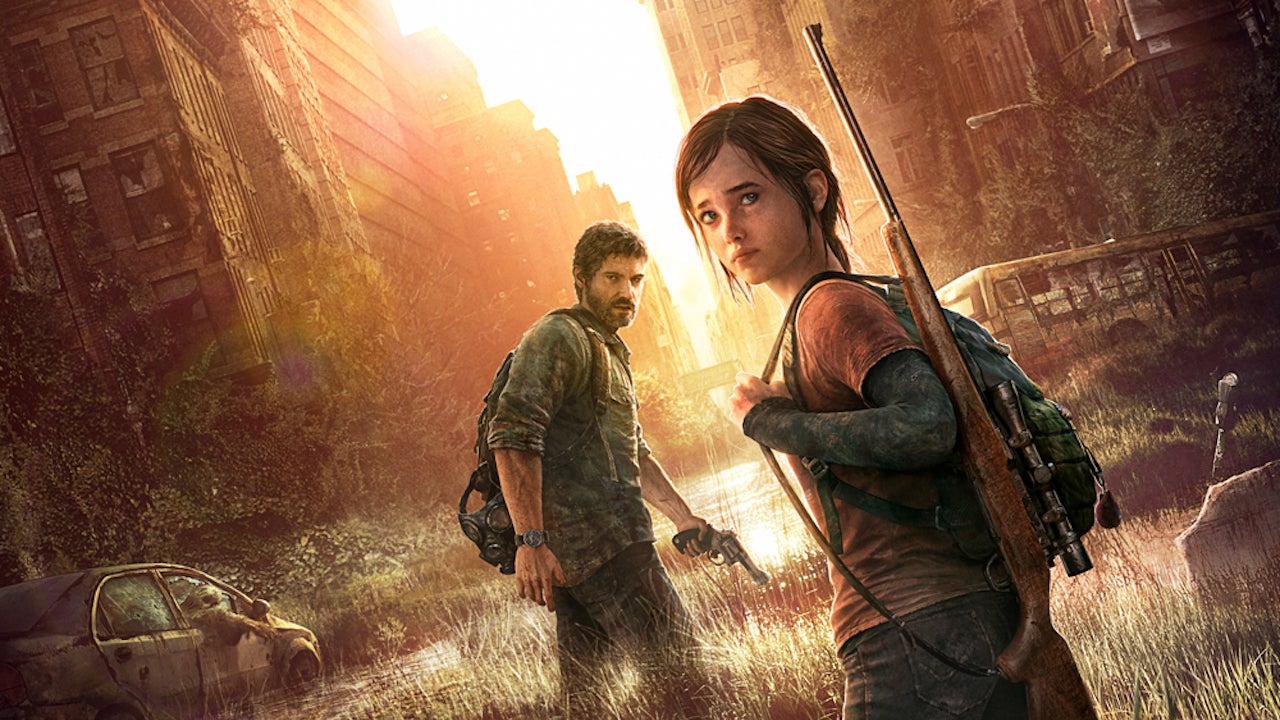 The first season of HBO's upcoming The Last of Us TV series will consist of 10 episodes. 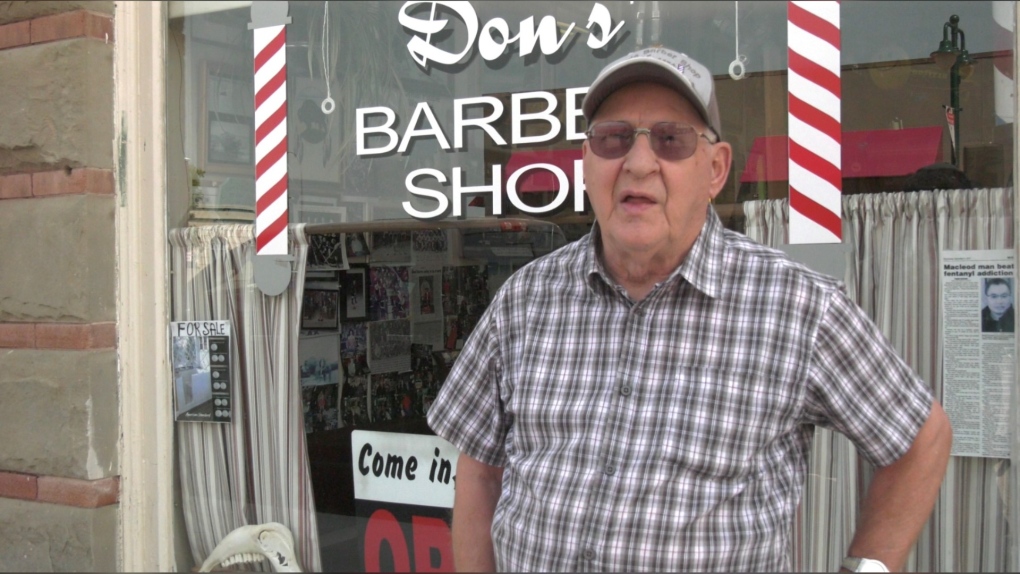 The Town of Fort Macleod is quickly becoming one of Alberta's hottest filming destinations as it welcomes its latest production, HBO's adaption of the popular video game The Last of Us


"The Last of Us which commences photography this week is indeed a monster," Petti said. "It has five art directors and employs an army of hundreds of technicians. It has had six months of prep and shoots (in Alberta) for 12 months."

Petti couldn't confirm the budget, rumoured to be in the hundreds of millions.

"I cannot confirm the official budget numbers but will say it is likely the largest project shooting in Canada," he said, in an email to CTV News.

That money is being spent in-province, providing Alberta small businesses with a boost coming out of the pandemic.