Beat Darkbeast Paarl. There's an enemy in Nioh very similar to him. Anyways, I've come to find that just going ham on the bosses is the best way to beat them. First ry against Paarl I tried just doding his attacks and he killed me after I only got him down 1/4 health. Went back, got in his face and destroyed him, although the last 1/4 of his health I could barely hit him due to his stance. Might have been better to unlock from him and focus manually on his legs. Also, Henryk's gear made it a lot easier I'm sure. Barely, if at all, took damage from his eventually bolt attacks.

Don't pass on the DLC. It's great.

Such an amazing game, wish I could experience it for the first time again.
Reactions: D-V-ANT

Such an amazing game, wish I could experience it for the first time again.
Click to expand...

Get Shrekt Shadow of Yharnam. I think there is supposed to be a path back to the starting area out of the woods. Probably in that damn poison cave right? At least I have a rune now that boosts my poison resistance as well as the white church garb. After that I think I'll check out the DLC. It's my understanding that you have to buy a new item in the dream and then get snatched by the alien s*** just outside the Cathedral Ward. I also picked up some tonsil stone from the crazy guy in the woods so I think that takes me into the area to the right of the Grand Cathedral. I have only gone as far to kill the two big a******s there, but not into the actual castle looking area, although watching a Maximilian stream I saw him get destroyed by the alien thing there as well.

Kind of sucks playing this so late and knowing a lot of the backstory, but it also helps having small hints so I can find/do as much as possible on what might be my only play through of the game. I have the Dark Souls series to go through and also thinking of going back to Demon's Souls and actually beating that as well. Plus Sekiro is out early next year lol.

Beat Rom last night. Wasn't sure what vacuous meant but after looking it up I feel sad now. Not sure what I'll do now. Eileen has respawned so need to help her, but not sure how much time I have before that quest is over. I can go to Castle Cainhurst as well since I have the summons. Otherwise Unseen Village is the only other new place I believe. Currently sitting at roughly level 72 with:

I think I've hit the soft capwall for strength so figured I'd go into arcane so I can try some of those weapons, especially what's in the DLC. Might just spend some time in the woods and farm a bit. I went into DLC until the the doorman or whatever and almost killed him before he did something to me. idk what it was but health went zoop in a hurry.

I think I'm over levelled right now lol. I fought The One Reborn last night and pretty much just steamrolled it. Didn't even bother with the bell ringing women above and just got inside of it and went to town. Only time I really took any damage was from when it threw up on me. Otherwise it barely did any damage. Got to the Nightmare area last night and quit for the night, but right as I was going back to the Hunter's Dream I noticed a message about sinister bell. Not sure if that was part of the game or if someone was trying to invade me, which I have yet to happen in this game.

I've taken a look at a order of play suggestion and seems I'm getting fairly close to the end of the game. I did sneak into the Upper Cathedral Ward prior to killing The One Reborn but didn't fight the boss in that place. I can also head to Cainhurst Castle as well since I have the summons. Otherwise it seems like most of the bosses left are optional which I do plan on fighting, and I assume all of those are in the Nightmare area. I also have the DLC bosses as I've only just gone in to grab gear. I just want to make sure I don't hit some point of no return.

Currently at level 92 I think.

Got this on download. Looking forward to playing it.
Reactions: Kvally

I never did beat the game. Just played it too much and got burnt out on it. Definitely my favorite Souls game and the furthest I've gotten in any of them followed by Sekiro.

Fantastic game, one of the best games this gen imo

Swede said:
Fantastic game, one of the best games this gen imo
Click to expand...

I can't agree. It's too hard for me. I can't get past the opening credits.
Reactions: Viktor and Swede 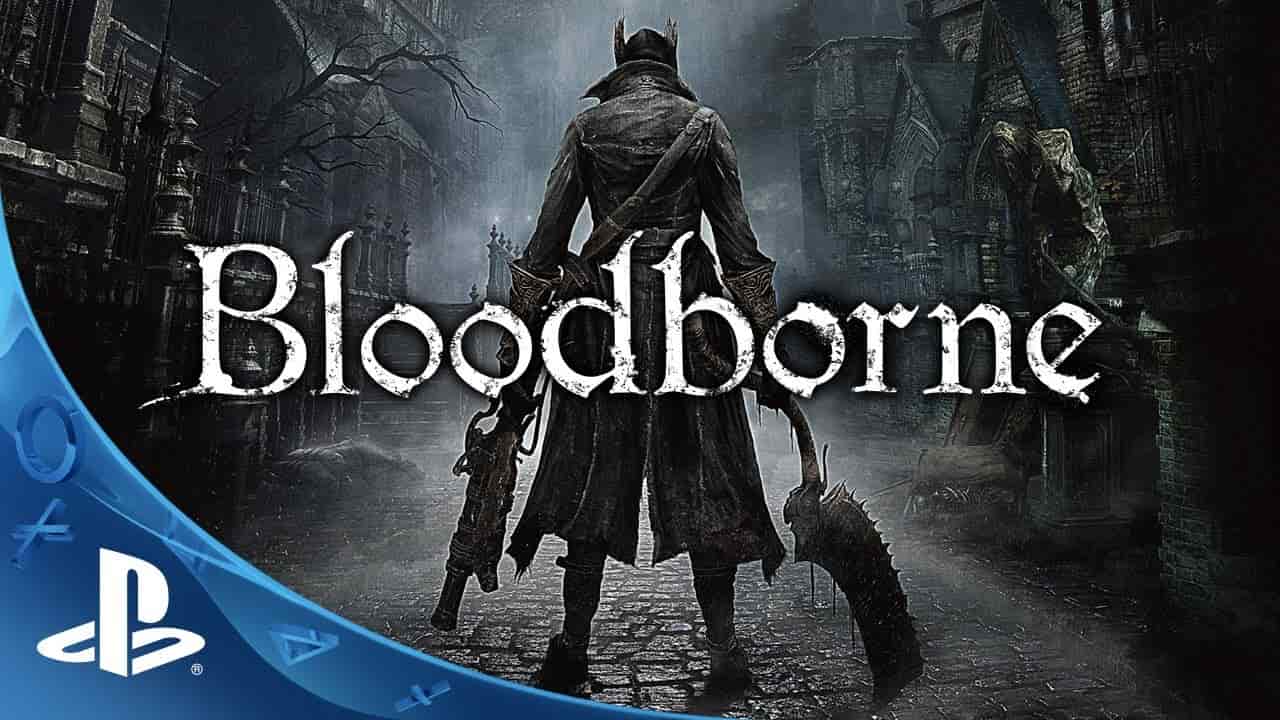 Bloodborne PC Release Is In The Works - Rumor - PlayStation Universe

A Bloodborne PC release is reportedly in the pipeline, according to an industry insider. Get the full scoop here.
www.psu.com

Sweet if true this thread can be moved to the multiplatform.

Bloodborne PC Release Is In The Works - Rumor - PlayStation Universe

A Bloodborne PC release is reportedly in the pipeline, according to an industry insider. Get the full scoop here.
www.psu.com

Sweet if true this thread can be moved to the multiplatform.
Click to expand... 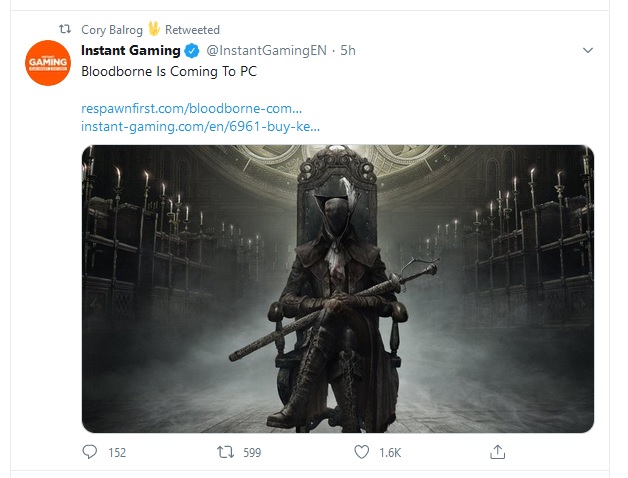 Nice. If it came to Xbox I'd buy it again.

Masterpiece, wouldn't be masochistic enough to finish it again on xbox though.

I'd buy this game again on PC for the 60fps and native Elite controller support. Would be amazing news if true. Easily my favorite Playstation exclusive of the generation. Heard from another source all current gen Playstation exclusives will eventually make their way to PC.
Reactions: Viktor

Swede said:
Masterpiece, wouldn't be masochistic enough to finish it again on xbox though.
Click to expand...

I finished it multiple times and always loved it.

D-V-ANT said:
I finished it multiple times and always loved it.
Click to expand...

I guess you buy gimp masks and red apples for your weekend fun.

Swede said:
I guess you buy gimp masks and red apples for your weekend fun.
Click to expand...

Well you're a hoot

Swede said:
Well you're a hoot
Click to expand...

Swede said:
Masterpiece, wouldn't be masochistic enough to finish it again on xbox though.
Click to expand...

The game is a masterpiece.
If the game would (it won't) get a port to xbox, I prob won't play it again because it was frustrating just finishing it once.

I really hope so. As I've mentioned I never did finish it because I got burned out. Was playing like 3 hours a day right up until nightmare frontier lol. I've thought about either starting over or trying to get back into it from where I stopped, but with even a small chance of it coming to PC I think I'll wait.
You must log in or register to reply here.
Share:
Twitter Reddit Pinterest Tumblr WhatsApp Email Share Link
Top Bottom