Anyone playing this? I got a Champions Pack with my Ryzen so figured I'd check it out. Only tried the tutorial and one TDM game. Came out 14-4 and top of the board in that match so I'll take it. Was only a 3v3 so either not many people playing or it really tries to keep everyone even level (all level 2). Anyways feels fast although been a long time since I played a Quake so can't really compare.
R

I flatout hate the fisheye effect.

I haven't played it, just watched some YouTube videos.

I do enjoy some Team Death Match though. TFC was my teen years.
R

I'm interested and I never played the previous quake or unreal tourney games (Didn't have a PC back then). But I'm skeptical! I'll probably buy it on impulse sometime in the next couple of months knowing myself.

I haven't played it, just watched some YouTube videos.

I do enjoy some Team Death Match though. TFC was my teen years.
Click to expand...

I'd imagine it is the field of view. Default setting is like 130 so pretty crazy considering most games are like 70 I think?


Rez said:
I'm interested and I never played the previous quake or unreal tourney games (Didn't have a PC back then). But I'm skeptical! I'll probably buy it on impulse sometime in the next couple of months knowing myself.
Click to expand...

In that case I think the game will be free to play eventually. I think right now buying is the only way to get in since it is early access or whatever they want to call it. 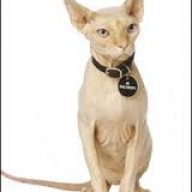 I played it a bit. I was a huge quake, quake2, quakeworld fan back in the day. For some reason I just can't get into this game. It feels too basic. A bit boring if I'm honest. I guess my tastes have changed.

I've still only tried it the one time. Really need to find time to play it again but I am knee deep in Fallout 4 right now. Been playing it pretty nonstop lately so I'm sure I'll get bored of it and need a break for a few days.

Game could really use bots or even more people maybe? First game I played was great. Everyone was similar level. Tried last night and 4v4 match, three on my team including myself were level 2-5 or so, while three on the other team were 20+ lol. Was definitely rough to begin with as I had to get a feel for the game while getting my ass handed to me. Started like 0-8 and finished 8-14 though so not bad I guess?

Joined a different match after that and including me it was 2v4 and had rockets flying at me right as I spawned so I dipped tf out.

Game was just what I needed. Everything feels so balanced and up to the player. This and Splitgate have been taking up my multiplayer time.