Playing over the internet

Playing over the internet

That's great, but lol nintendo for going nintendo and gimp it all up lol 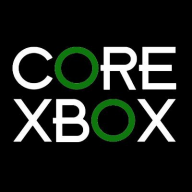 I have such fond memories of playing Mario Party as a kid. Literally have not played in over 15 years lol. Maybe I should get it for my wife, she would love this. We were playing Fusion Frenzy which is hilarious and kind of similar I guess.
Reactions: Viktor and karmakid

How has there not been a new Fusion Frenzy.

Viktor said:
How has there not been a new Fusion Frenzy.
Click to expand...