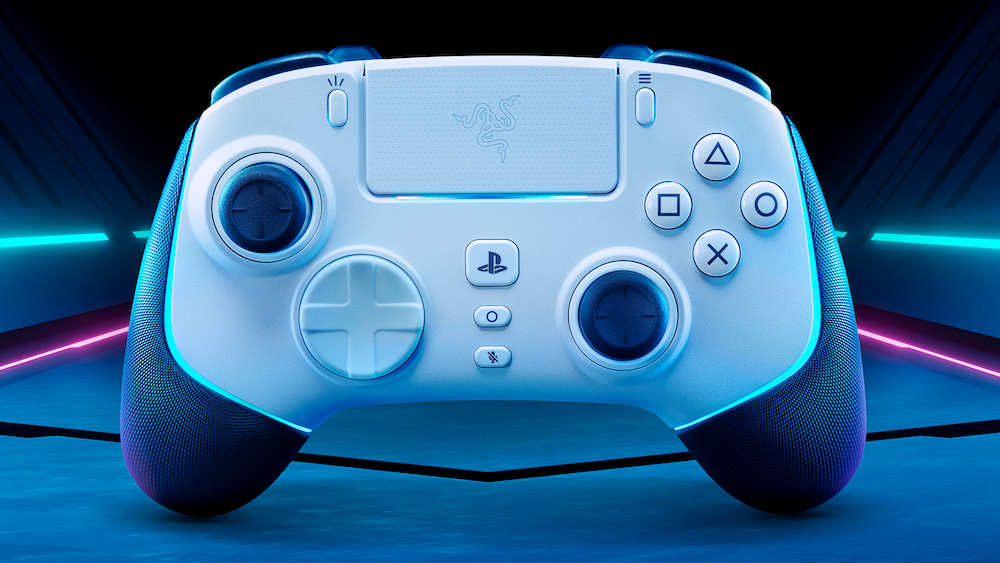 Razer Unveils Pro-Style PS5 Controller, And It Has Offset Sticks

The Razer Wolverine V2 Pro has premium components and a ton of customization features.

Razer is jumping into the PlayStation 5 controller scene with an officially licensed premium gamepad. Dubbed the Razer Wolverine V2 Pro, the controller has a white and black design and is fitted with high-end components and customization features. Most notably, the Wolverine V2 Pro has offset analog sticks and boasts a wireless connection using Razer's HyperSpeed Wireless tech. Aimed at competitive gamers, the Wolverine V2 Pro will cost $250 and is exclusive to GameStop and the Razer store.

Though this is the first PS5 controller from Razer, it's not the first in the Wolverine line. Multiple Wolverine controllers have been released for Xbox/PC over the years, but all of them have only offered wired connections. In this regard, the Wolverine V2 Pro remedies the only major complaint we had with the stellar V2 Chroma Xbox controller.

It has a similar form factor to the V2 Chroma, but it appears to be slightly larger. As an officially licensed PS5 controller, it has all of the standard menu buttons as well as the touchpad. But it doesn't have an internal speaker, Adaptive Triggers, or haptic feedback. 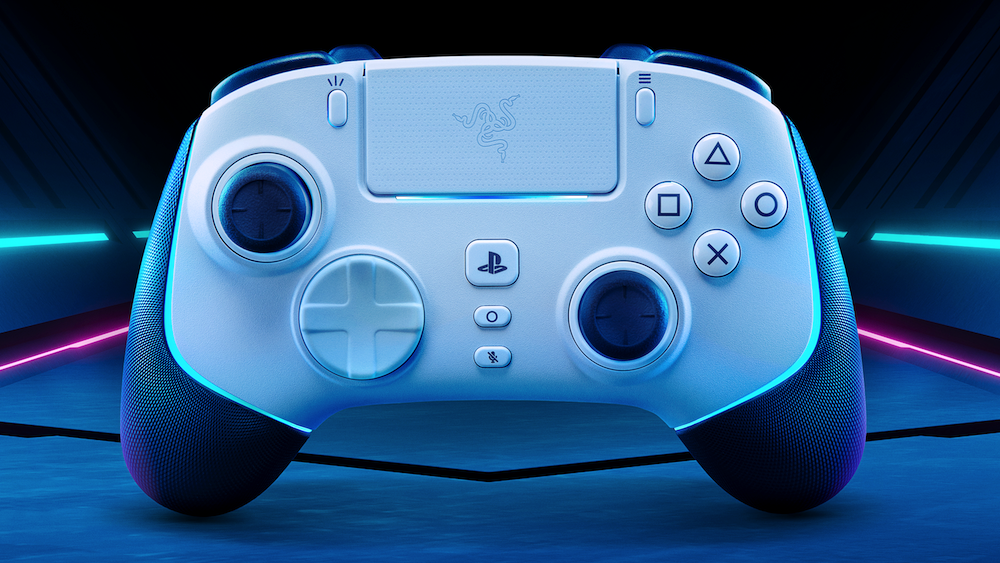 Instead of the DualSense's Adaptive Trigger technology, the V2 Pro has what Razer calls "HyperTriggers." These are trigger stops with two settings controlled by flipping switches on the back of the controller. Engaging the lock reduces the pull distance to register trigger inputs. Trigger stops are generally aimed at fans of first-person shooters, as they can increase your rate of fire, bringing the controller experience closer to mouse-and-keyboard controls.

There are four remappable buttons on the back of the controller and two on the top. The rear triggers have the same general layout as the ones on the V2 Chroma, but they are spaced slightly closer to the handles. 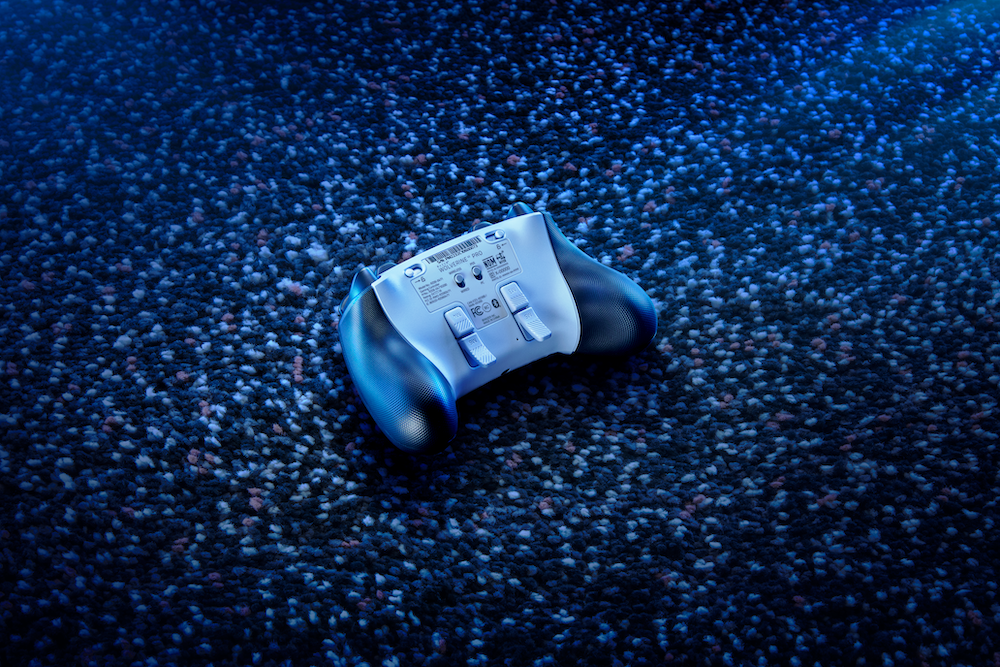 Inside the box, you'll find a pair of alternative, magnetic caps for the analog sticks. Players can replace the default traditional caps that will feel familiar with a tall, concave or short, domed style.

For added customization, you can download the Razer Controller Setup app for iOS and Android. This app can be used to remap the back and top multi-function buttons. Of course, it wouldn't be a Razer product without Chroma RGB lighting. You can tinker with the lighting effects that run along the handles within the app. You can also add what is essentially a second profile for analog stick sensitivity. Designating a "clutch" button lets you change to the other sensitivity setting on the fly while playing.

In addition to connecting wirelessly with a 2.4GHz USB dongle, you can also use a wired connection with the included USB-C cable. Like the cable that comes with the Wolverine V2 Chroma, this is a lengthy, braided cord.

Though the Wolverine V2 Pro is most notable as being the first PS5 controller from Razer, the controller is also compatible with PC both wirelessly and wired.

Doesn't look like Wolverine at all to me, where are the sideburns and claws?!
Reactions: TeKPhaN

Nice, I'd spend my money on a Razer controller over any of the PS/Xbox elite controllers. Still going strong with my Razer over 5 years of almost daily use.
Reactions: TeKPhaN

Remember when you could buy a console, 2 controllers and a game included and it was $50 cheaper than this thing?

I went with the Victrix BFG Pro but will keep my eyes on this over the Sony one.

Those back paddles don't look good. I still haven't seen a better design than the Xbox elite controller for that. My power A fusion has good paddles too

Frozpot said:
Those back paddles don't look good. I still haven't seen a better design than the Xbox elite controller for that. My power A fusion has good paddles too
Click to expand...

The Victrix BFG Pro looks better than them all to me.
Is cheaper and turns into a much needed fight pad.
Reactions: Frozpot

TeKPhaN said:
The Victrix BFG Pro looks better than them all to me.
Is cheaper and turns into a much needed fight pad.
Click to expand...

Looks great aside from no rumble.

Frozpot said:
Looks great aside from no rumble.
Click to expand...